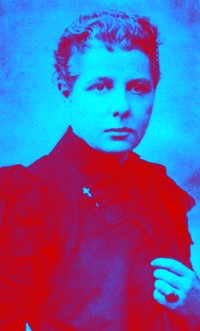 The Case for India by Annie Besant

Dr. Annie Besant, along with Charles Braudlaugh, it is said, did more than anyone had done in a hundred years to break down the barriers of bigotry and prejudice, who won the greatest victories of their times for the freedom of speech and liberty of the press which Britain enjoys today.

A strong votary of truth, she came to in 1893 at the age of 46, impressed as she was by its great religion and philosophy. On arrival, she found that the state of things in were bad, and that the Indians had almost lost their moorings. Through her lectures, she tried to awaken them to their lost heritage by dedicating herself to the cause of religion, society and education of . In doing so, she was watchful that Indian revival must be through Indian traditions and customs and not through any of the European concepts. As early as 1898 and later in 1902 she urged Indians to were native dress, use and develop Indian manufacturers and also develop a national language.

Dr. Annie Besant entered active politics in 1914. She demanded Home Rule for and suffered internment for it from June to September 1917. By then she had tried and achieved unification of the Congress and Hindus and Muslims in 1916. She had done ample work to formulate favourable opinion about the Indian question in outside world. The August declaration of 1917 is attributed to her efforts.

The Case for India by Annie Besant

She fittingly became the president of Indian National Congress in 1917. Tilak declared that if we were nearer our goals, it was due to Dr. Annie Besant’s sincere efforts. Gokhale considered her a true daughter of Mother India. Subash

considered her a doughty fighter for Indian freedom. Jawaharlal Nehru said that in India, her memory would endure, especially for the part she played in our freedom struggle in the dark days of the Great War and afterwards. Sarojini Naidu, had this to say.

“Had it not been for her and her enthusiasm, one could not have seen Mr. Gandhi leading the cause of Indian freedom today. It was Mrs. Besant who laid the foundation of modern – Dr. Besant was a combination of Parvati, Lakshmi and Saraswati.”

The Case for India By Annie Besant

India and England By Annie Besant

India and the Future By Annie Besant