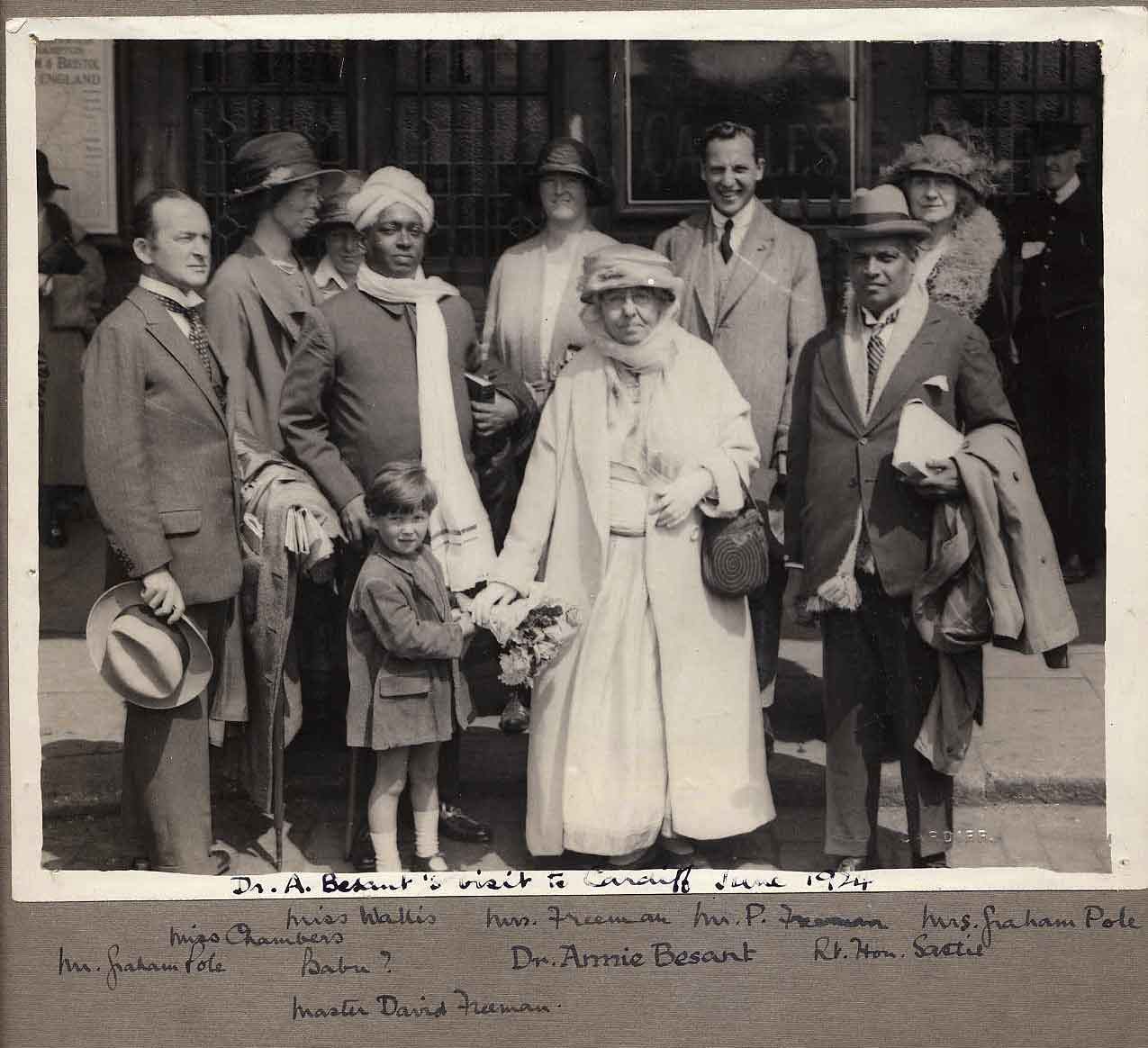 International President of the Theosophical Society, Annie Besant arrives at Central Station in June 1924 and is met by Theosophists. Dr Besant is presented with a bouquet of flowers and a railway official (far right) seems to be enjoying the event.

Back Row Left to Right

The young lad at the front who is presenting the flowers is David Freeman, the son of Peter Freeman.

Theosophy Cardiff are in regular communication

with the Theosophical Society in Utah