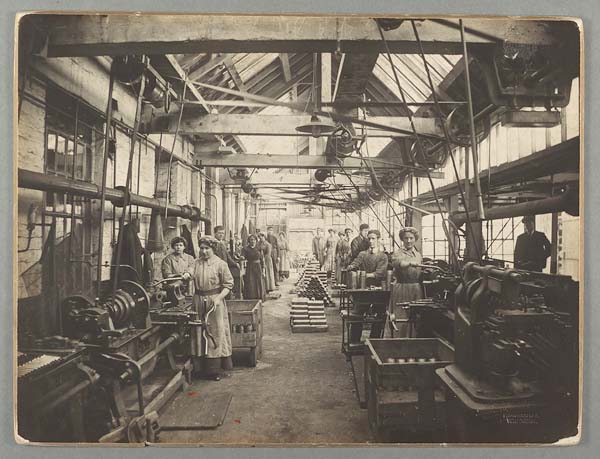 MUCH distress is felt by some good Christian people from their difficulty in harmonising war with the doctrines of the Sermon on the Mount. Dr Alfred Salter has voiced this difficulty in a very honest and outspoken way, and comes to the conclusion at which Tolstoi arrived, and comes thither by the [23] same road. The teaching of the Christ is clear and direct. He forbids any appeal to violence, any resistance of evil, Dr Salter says:

"I do not base my position on logic or worldly wisdom. I base it simply on the command of God and the teaching of Christ. Christ's teaching applies as much to defensive as offensive wars; in fact, His precepts are directed mainly to the method of defence. 'Render not evil for evil', 'Overcome evil with good', 'Love your enemies', 'Unto him that smiteth you on the one cheek', are all commands which imply antecedent offence on the part of the enemy, and specify the method of defence on the part of the Christian. To the great majority of the people all this sounds utter foolishness in face of the present situation, but the divine sense has always been hidden from the wise and prudent, and has only been revealed to the babes of simple faith and childlike heart.

I will not stain my conscience with blood by going to war myself or by urging anyone else to go. I will, therefore, take no part in recruiting, not even to resist an invasion of . I believe that to be the Christian view, and, therefore, the right view, though, doubtless, it is a highly un­popular doctrine just now. It is certainly not a vote-catching cry.

What is the result of such a policy? If I refuse to fight or support measures of defence, then I may get shot by the enemy as an act of war, or I may be shot by the authorities of my own State as guilty of treason. Very well. I say deliberately that I am prepared to be shot rather than kill a German peasant with whom I have no conceivable quarrel. I will do nothing to kill a foe, directly or indirectly, by my own hand or by proxy. So help me God. Never."

The position is quite logical and manly, and we think that Dr Salter is right in saying that it is the teaching of the Christ. This is the fatal weakness of Christianity as a national religion. Under this view of national morality, there must be no defence against attack from abroad, no protection against violence at home. To the man who steals your coat, you must give your cloak. Robbery and murder must stalk unchecked within the land, until a neighbour comes in and seizes power, re-establishing law and order. Most Chris­tians shut their eyes to the dilemma, or boldly say, seizing one horn, like the late Bishop of Peterborough, that a nation that lived by the Sermon on the Mount could not exist for a week. Dr Salter accepts the other horn, and says:

We fancy the place will wait long, and rightly wait; for, though peace be the goal, there are many weary steps to be trodden before the world is ready for it. The Inner [25] Ruler Immortal must have become enthroned in our hearts ere the compulsion of outer law can be wholly cast aside. Else would the lowest in evolution exterminate the highest, even as the Jewish mob did to death the Christ.

"If in my bottommost heart I want to know what I should do under any given circumstances, I must ask myself what is God's command on the subject and what would Christ do in my place. In the matter of this war I must try and picture to myself Christ as an Englishman, with at war with . The Germans have overrun and , and may possibly invade by airship and drop bombs on . What am I to do? Am I to answer the Prime Minister's call, make myself proficient in arms, and hurry to the Continent to beat the Germans off?

"Look! Christ in khaki, out in France, thrust­ing His bayonet into the body of a German workman. See! The Son of God with a machine-gun, ambushing a column of German infantry, catching them unawares in a lane and mowing them down in their helplessness. Hark! The Man of Sorrows in a cavalry charge, cutting hacking, thrusting, crushing, cheering. No! no! That picture is an impossible one, and we all know it.

"That settles the matter for me. I cannot uphold the war, even on its supposedly defensive side, and I cannot, therefore, advise anyone else to enlist or to take part in what I believe to be wrong and wicked for myself. A country, as an individual, must be prepared to follow Christ if it is to claim the title of Christian."

The conception of the Christ as warrior is not impossible to those who have studied the lives of Shri Rama and of Shri Krishna. The Christian world has thought only of the Christ as the patient, gentle Saviour, and so the other view looks revolting. But if Dr Salter believes in Him, he must also remember another aspect, when He comes "in flaming fire taking vengeance", when he sends His enemies, as "Ye cursed", to company with devils in the bottomless pit, into everlasting torture. The Good Shepherd is an exquisite picture, but the angry and destroying Judge is equally Scriptural.

The truth is that the problem lies deeper than war, in a fact that sentimental religionists ignore. Dr Salter regards Christ as God incarnate. Then what of natural catastrophes, of earthquakes, of avalanches, of tidal waves, of cyclones, of whirlwinds, of all the destructive agencies of "Nature"? What of a Titanic, sunk by an iceberg; of the endless tragedies of the seas? What of deadly and torturing diseases - of the swift bayonet-like agony of cholera, and the long-drawn anguish of con­sumption? Who is behind all these?

There is one answer that leaves men sane and joyous, unterrified, undismayed, and it is given by Hinduism: that "evil" as well as "good", death as well as life, pain as well as, joy, come to man under a Will that is wisdom as well as love, and works unwaver­ingly through storm and sunshine to a foreseen end - the unfolding of divinity in man. That man, an eternal spirit, wears these bodies as his garments, enjoys and suffers, is happy and miserable, smiles and weeps, to learn the varied lessons that make him gradually strong, and wise and loving; experience is his food; he gathers it, assimilates it, transforms it, growing from life to life, an ever-unfolding spirit. "Every pain that I suffered in one body was a power that I wielded in the next", says Edward Carpenter. And that is true. These heroic deeds, these lives offered up for a great ideal, whether in German, British, French, or any other bodies - they are not lost. The bodies die; the spirit passes on with the jewels he has created, and returns, wiser, better, nobler, to wear another body for yet greater service. For the anguished body, death; for the spirit, birth; and then return to labour once again on earth. When Dr Salter realises this, he will be able to see the Christ beside Krishna on the battle-car, and to know that the same Will worketh in war as in all other struggles, and guides the world unfalteringly towards a higher and diviner life.